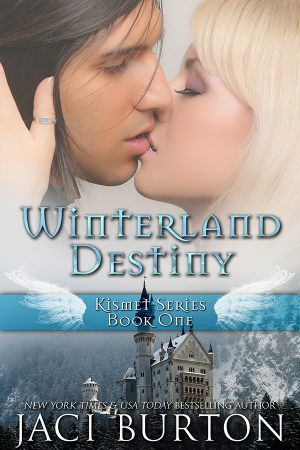 Noele, Faerie princess of D’Naath, is destined to wed Garick, the Elvin king of Winterland. Their union will strengthen their territories against the evil wizards.

Happy with her carefree life in the woodglen forest with her sisters, Noele is loath to have that freedom taken away. But her enigmatic fiancé wields considerable sexual power and she finds him hard to resist, even though he alone will make the decision to keep her or cast her aside after their marriage. But physical attraction is not enough for Noele to give up her heart. She must be able to tap into Garick’s emotions. His will is strong, though, and she’s unsure of her own powers to attract and hold him.

Two hearts destined to be together must fight not only the evil wizards, but their feelings for each other. Yet love is tied to fate, and some ties cannot be broken.