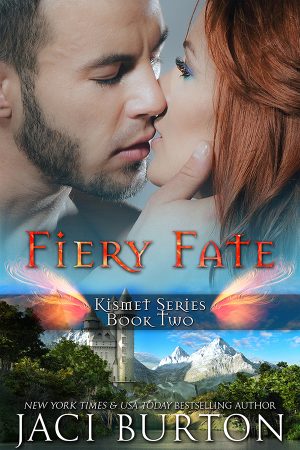 Solara, faerie princess of D’Naath, is betrothed to a king she’s never met. Visiting her sister, Noele, in Winterland, Solara’s departure to the southern kingdom is imminent. But after a misunderstanding she must remain in Winterland with Roarke, the elvin warrior who stirs her blood like no other could. Bound to another, she knows her love for Roarke can never be. But her heart won’t listen.

Roarke’s sense of duty and honor rules his life. Though his very soul burns for Solara, she is fated to marry a king and will never be his. He tries to maintain his distance from the scarlet-haired faerie, but their passion cannot be denied.

Though forbidden, their destiny is inevitable, searing them with a fiery love that cannot be extinguished.