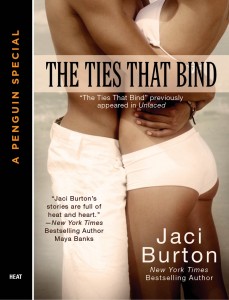 THE TIES THAT BIND digital novella is now available! *

You can purchase THE TIES THAT BIND at the following locations:

*Please Note that THE TIES THAT BIND was previously released in the print book, UNLACED