PLAYING TO WIN, Book 4 in the Play-by-Play series! 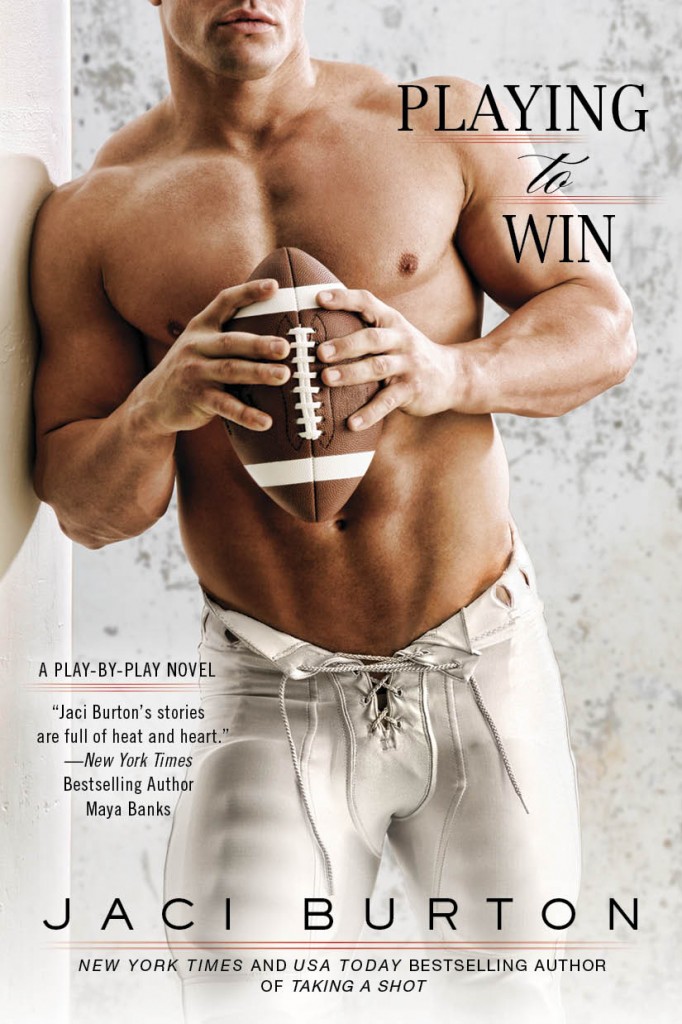 Someone’s going to have to let down their guard…

Football star Cole Riley is notorious for doing as he pleases—on the field and off. He parties hard and fights harder, but if he doesn’t clean up his act, his career is over—so Cole reluctantly agrees to work with image makeover consultant Savannah Brooks. He’s not used to being told what to do, especially by some (admittedly hot) southern belle. As for Savannah, she’s not convinced she can transform this cocky (and aggressively sexy) force of nature. But she’s determined to give it her best shot.

When the sparks start to fly, Savannah lays down the ground rules: no personal complications. If she can turn off the tingle she feels every time Cole gives her a hot stare with his gorgeous baby blues, he can turn off his desire as well. But for two people determined to have it all, a hands-off policy can only last so long before one of them yields.

PLAYING TO WIN releases September 4th and is now available for Preorder!