NOTE: THE CONTEST HAS ENDED AND THE WINNERS NAMES HAVE BEEN POSTED. THANK YOU FOR PARTICIPATING.

It’s the Jill and Jaci show!

Really, you’re here for the books. I get that. But I’m trying to make a big production out of this, so bear with me, ok?

Jill Shalvis and I are SO excited that her book, ANIMAL MAGNETISM, and my book, THE PERFECT PLAY, are releasing on the same day, next Tuesday, February 1st. We’re so excited about it, in fact, that we’re doing a giveaway of both books on both our blogs! 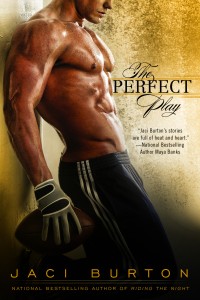 Football pro Mick Riley is an all-star, both on the field and in the bedroom. But a sexy, determinedly single mom just might be the one to throw him off his game…

For years Mick has been taking full advantage of the life available to a pro athlete: fame, fortune, and a different girl in every city. But when he meets and beds confident, beautiful event planner Tara Lincoln, he wants much more than the typical one-night stand. Too bad Tara’s not interested in getting to know football’s most notorious playboy any better.

As the single mother of a teenage son, the last thing Tara needs is the jet-set lifestyle of Mick Riley; even though their steamy and passionate one-night stand was unforgettable. Tara’s life is complicated enough without being thrust into the spotlight as Mick’s latest girl du jour. Tara played the game of love once and lost big, and she doesn’t intend to put herself out there again, especially with a heartbreaker like Mick.

But when Mick sets his mind to win, nothing will stop him. And he has the perfect play in mind. 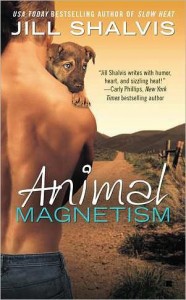 This alpha male is going to bring out her wild side…

Sunshine, Idaho, is a small and sunny town—the perfect home for man and beast. Well, maybe not for man, as pilot-for-hire Brady Miller discovers when his truck is rear-ended by what appears to be Noah’s Ark.

The co-owner of the town’s only kennel, Lilah Young has good reason to be distracted behind the wheel—there are puppies, a piglet, and a duck in her Jeep. But, she doesn’t find it hard to focus on the angry, gorgeous stranger she’s collided with.

Lilah has lived in Sunshine all her life, and though Brady is just passing through, he has her abandoning her instincts and giving in to a primal desire. It’s Brady’s nature to resist being tied down, but there’s something about Lilah and her menagerie—both animal and human—that keeps him coming back for more…

One person will win both THE PERFECT PLAY and ANIMAL MAGNETISM. And if you head on over to Jill’s Blog, you can enter to win both books there, too!

To be eligible to win the books here, answer the following question: If you could name your own romance hero, what would you call him?

Contest is open internationally. Winner will be chosen on Monday. Void where prohibited. You must be a minimum of 18 years old to enter.