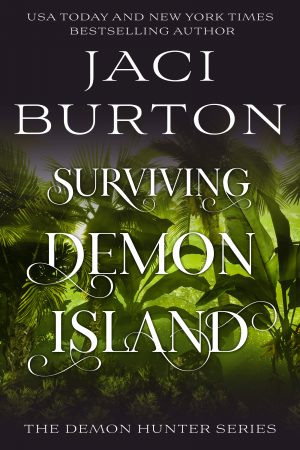 It’s supposed to be a fun, twisty survival game for action movie star Gina Bliss, a chance to showcase her talents on a reality show. She wants to prove she can do her own stunts, stand side by side with the guys and hang tough. And then she meets Derek Marks, not an actor and nothing like the men she’s used to working with. He’s strong and sexy and arousing her fantasies in ways she’s never experienced. She could be down for a different kind of action with him…

Derek Marks has no use for a reality show and actors who can’t do the hard work, but working on this survival type reality show is a paycheck, even if it’s all fake. The only thing that isn’t phony is Gina Bliss, who turns out to be a lot more than Derek ever imagined. She runs on adrenaline, is more than willing to take on any task, no matter how hard. She’s beautiful, sassy, and smart, and more than a match for him in this dangerous jungle, where sometimes what you see right in front of you isn’t real.

…and then the fake monsters turn out to be real.

Survival just took on a whole new meaning in this reality.