You know, I keep thinking the Berkley Art Department couldn’t possibly top the last cover for my Play by Play series. And yet, they do. How about the cover for ONE SWEET RIDE? 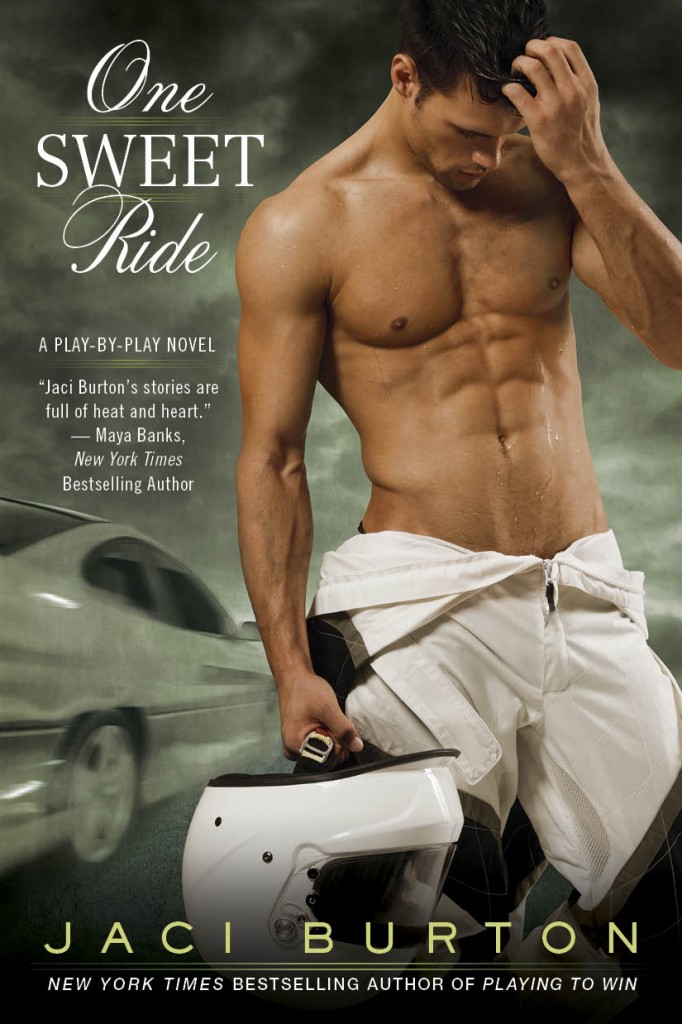 To get what you want you have to move fast.

Gray Preston was born into money, but he’s built his racing empire on hard work and muscle. Now, with millions of fans, his senator father sends one of his aides, Evelyn Hill, to elicit Gray’s help in garnering votes for his upcoming national election. Gray wants nothing to do with his estranged father’s campaign, but Evelyn can be pretty persuasive. She’s willing to learn about racing, and maybe even get a little dirty.

Evelyn’s number-one goal is politics, which makes working with Gray difficult, because his only passion is fast cars. As she and Gray spend time together, he teaches her about the sport he loves, and she learns a lot about the man behind the wheel. The more she learns, the more she wants him. But any desire that threatens to derail the carefully laid plans for her future is a dangerous one.

With the passion Gray and Evelyn share running hotter than either imagined, one of them is going to have to compromise, or run the risk of losing more than their hearts.

ONE SWEET RIDE is Book 6 of my Play by Play series, and will release June, 2013.

So…what do you think?