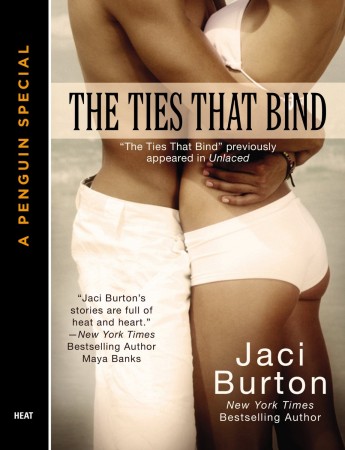 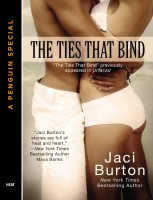 "You and I have been together twenty years, Lisa. We've been through hell and back. We've married, divorced and raised a daughter together. And even though we've lived in separate houses most of that time, we're still…together. Sort of. You've dated some, I've dated some, but neither one of us have formed any relationships."

"I thought that was because of Kay."

"I don't think so. Lots of divorced people remarry or at least develop relationships with someone else. Kids adapt and accept. Kayla would have, too."

He was right. She had never found someone that sparked her interest enough to keep seeing more than a few times. She never really knew about Rick's love life. Kayla probably knew more about it than she did, but Kay was good about not revealing Rick's personal life to her. Thankfully.

"I never wanted anyone else, Lisa. I measured every woman against you, and they all fell short."

She shifted her gaze to her drink. "I'm nothing special."

He slid his fingers under her chin, forced her gaze back to his. "I disagree. You were barely a teen when you ended up pregnant. You had options to do something about that—your choice to make, but you chose to have Kayla. You finished high school while juggling an infant on your hip. You went to nursing school. You raised a brilliant daughter and you have a successful career. I think you're pretty damn special."

It was hard not to weep under praise like that. She blinked back tears, not wanting her mascara to run. "Thank you. But I didn't do that alone. You've done a damn good job, too. As hard as it was on me, it was doubly hard on you. Working two jobs, going to college, living in an apartment and then buying a house for Kayla and me. You were always so generous."

"It was my job to provide for my daughter."

"You never missed a child support check. You went above and beyond what the courts required of you."

"I know you do." Rick's love for his daughter was evident in everything he did. That's why every man she dated paled in comparison to Rick. Why there were never sparks hot enough to keep her interested for long.

But was it because he'd been so nice to her and Kayla? Or was it more than that?

"We owe it to ourselves to find out if it's still there, Lisa."

"If what's still there?"

"The magic. The passion. What we once had together."

She inhaled, let it out. "That's what this whole vacation-in-the-tropics thing is about, isn't it?"

"Yes. I wanted to kidnap you from your everyday life, away from our friends and yeah, even away from Kayla. Back to when it was just you and me."

"We've changed since then, Rick. It's not twenty years ago. We can't go back." She wasn't sure if she was trying to convince him, or herself.

He nodded. "I know. But you can't deny there's still an attraction there."

No, she couldn't. Every time he came over, she longed for him. Every time he accidentally touched her, she felt the spark. But was it because it was Rick, or because it had been so damn long since there'd been a man in her life? She hated being so complacent.

Was that new life with Rick?

No. The absolute last thing she wanted was to destroy what she and Rick had built together. Their friendship. The easy way they talked and could be together and care for Kay. How they depended on one another. Would diving back into the sexual waters ruin that? What if it didn't work out? Their perfect relationship would be ruined.

She finished her cocktail, used the napkin to swipe across her lips. "I don't know if this is such a good idea, Rick."

"I am, too. You have no idea how long I thought about this. Kayla may be eighteen, but she still has a young girl's ideals of romance. She thinks it's easy."

His lips quirked. "It wasn't so bad."

"It was a disaster. For both of us. I don't want to make it worse by opening up old wounds." They'd gone through hell together. They'd managed to repair the damage for Kayla's sake, but they'd left so much unresolved. "What are you so afraid of, Lisa?"

"You and I have a ton of history. Not all of it was good." They'd been so young, their notions foolish and filled with fantasy. Reality had been entirely different. Harsh.

"True enough. But we've created a new kind of relationship."

He slid his fingers through her hair. Cupped the back of her neck. She shivered at the warmth of his touch. Her nipples tightened and she felt the awakening fires between her legs, the all too familiar wetness there.

Rick leaned in and she was mesmerized by the unique turquoise of his eyes. Had they become even bluer over the years? She hadn't been this close to him in so long.

"If nothing else," he said, his breath whispering over her cheek as he drew in closer. "We'll have a great time. God knows we both work so damn hard, Lisa. We need to have some fun."

"Yes." She wrapped her fingers around his forearm, felt muscles that hadn't been there twenty years ago. He'd been no more than a boy when she'd last seen him naked. Her mind was awash in visuals of how it felt then, what it would feel like now. "Fun would be nice."