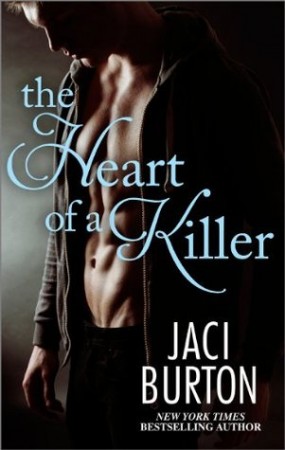 Anna Pallino’s steps faltered when she entered the alley.

First, because she was in this godforsaken alley again, a place she hadn’t set foot in since that night twelve years ago. Now she was back again, and someone was dead in the alley. Again.

Second, Dante Renaldi was back.

Those were enough to justify the stutter in her step.

“What the hell is this?” she asked as she caught sight of Gabe standing next to Dante. “Old-home week? Dante comes back and you three decide to have a reunion here?”

“Then why am I here?” Something had obviously happened, but why would Roman call her to this crime scene? Because Dante was here?

And why the hell was Dante here?

She hated questions with no answers.

“Thought you’d want to know. That’s George Clemons back there.”

Third reason she almost tripped over her own feet. “George? Oh, my God, Roman. I’m so sorry. What happened?”

He laid his hand on her arm to halt her forward progress. “You need to know, Anna. He’s been beaten to death.”

She sucked in a breath and grabbed onto Roman, fighting to stay in the here and now. “And? There’s more. Tell me.”

She saw the reluctance in his eyes. “Tell me.”

“Someone carved a heart in his chest. Right where…” He glanced down at her shirt, at her left breast.

Oh, God. No. The heart carving just like hers. Her scar throbbed and she resisted the urge to touch it, to rub the ache away.

George Clemons, beaten just like the guys had beaten Tony Maclin that night.

She took a slow long breath, then let it out. “I don’t understand.”

Dante appeared beside her, but she had no time for him. Not now, not when her vision was nothing more than a pinpoint of light.

She had to focus on the scene and only the scene. It was the only thing that was going to get her through this.

She pushed past them both. “I need to see it.”

“Don’t,” Roman started, but she was already on her way to the body. To George Clemons, a nice man who’d raised foster children ever since he’d been discharged from military service.

And his wife, Ellen. Poor Ellen.

She knelt beside the body. Richard Norton was on the scene already, thank God. She was glad to have the chief medical examiner on this case.

“What have you got?” she asked, pulling on her gloves.

“Warm body. Based on liver temp and lividity I’d say he hasn’t been dead more than a few hours at most. Won’t know cause of death until I do the autopsy. He’s a bloody mess.”

That he was. Someone beat him badly, worse than the guys had ever pounded on Tony Maclin.

“This is interesting,” Richard said, pointing to the heart carved into George’s chest.

“Someone loved him to death, I guess.”

She grimaced. “So not funny, Richard.”

Richard grinned. “Hey, I thought it was one of my better lines.”

His smile died as he looked over his shoulder to where Roman stood with Dante and Gabe. “Oh. That’s a pisser.”

“Anything else you can tell me?”

“Not until I get him cleaned up and try to figure out what killed him. I don’t see any obvious bullet or stab wounds on the body, other than the carving here, but like I said, he’s a mess.”

“Okay. When will you autopsy?”

“Probably sometime tomorrow or the day after. I’ll check my schedule and let you know.”

She patted his shoulder. “Thanks.”

She stood and walked the scene, looking for evidence, then moved over to talk to the crime scene techs.

“No,” one of the guys said. “It’s like whoever did this vacuumed the place up after he was done. There’s nothing. Not even a gum wrapper. The only evidence is the victim himself. But we’re picking up whatever we can.”

She turned around and there he was.

Twelve years. Twelve goddamn years and not one word.

“When did you get back into town?”

So much for the reaction Dante had hoped for. If Anna was surprised or shocked to see him, she was sure masking it well.

She looked to George, then back at Dante. “Just in time to kill your former foster father?”

Dante scratched his nose. He’d laugh if this whole scene wasn’t so sad.

“I think you know better than that.”

“You think I… that’s so funny, coming from you. I don’t know anything about you. You’ve been gone for twelve years, you suddenly show up here and now there’s a dead body in the alley. A body you’re connected to.”

“You stay out of this. You’re related to the victim. You can’t be on this case.”

Roman opened his mouth, then closed it. “Fine. You take it.”

“Here’s his cell phone and wallet. George left the house about 9:00 p.m. tonight, said he was going for a drive, but didn’t come home.”

“Is that unusual for him?” she asked.

“His wife said it was,” Gabe explained. “He wouldn’t be gone that long without calling.”

“We were with Ellen Clemons,” Dante said. “She called Gabe and me, worried about George, so we went over there to see if we could help.”

She finally turned to Dante. “And you just happened to find him here?”

“I found him via his cell phone.”

“I have a program on my laptop. It’s not hard if you have the right equipment.”

Her gaze drifted south for half a second, and his lips curved. When she lifted her head and met his smiling face, she seemed more irritated than ever.

“Got a warrant?” If she could be difficult, so could he. She was wasting her time looking at him as a suspect.

“Then do it. And while you’re doing it, why don’t you spend some time chasing down who really killed George, because it wasn’t me.”

She inhaled, let it out. “Maybe, maybe not. It’s my job to look at everyone.”

“You’re pissed at me,” Dante said. “I get it. I deserve it. But you’re not thinking clearly right now and you’re mixing personal stuff with business.”

Her brows shot up, then knit. She took a step toward him. “Believe me, Renaldi, I know exactly how to do my job. And if you think for one second my feelings are hurt over you, then you’re dead wrong. My job is first and foremost on my mind here, so shut up and stay out of my business.”

This was a different side to her, something he’d never seen before. She was a completely different Anna.

“Where are you staying?”

He shrugged. “Hotel, probably. I don’t know yet. I’ll get it figured out.”

“Fine.” Anna shot a glance at one of the uniforms. “Get his location and phone number for follow-up.” She jotted down notes. “What else?”

Roman handed her the evidence bag containing the drugs. “Also found this in his pocket.”

She shifted her gaze to Gabe. “You would know, wouldn’t you? Bertucci has a lock on distribution and sales in the city. You know anything about this?”

What the hell was Gabe into? Dante wondered. Expert on drugs and drug dealing?

“Was he doing a drug deal here?” Anna asked.

“So you think this was planted on him by the killer?”

“That would be my guess.”

“Okay, I’ll turn this over to Forensics.”

It was fascinating watching Anna, all grown up and in charge now, directing the forensics team, handling evidence, taking photographs and leading everyone in the scene.

She caught him watching her and shot him a look he’d never gotten from her before. A mature kind of cold inspection. He didn’t like it at all. The last time he’d seen her they’d been in love. Her looks had been warm.

But Dante had left town. So maybe she was still just a little pissed off at him about that. And maybe he couldn’t blame her for giving him an icy, hard stare.

Plus, the circumstances of them meeting each other again weren’t exactly ideal.

“So Anna’s a detective, huh?” Dante looked at Gabe after Roman went to talk to Anna.

He’d imagined a lot over the past twelve years, but Anna becoming a cop wasn’t one of the things he’d thought about. Her married with a couple kids, yeah. Becoming a schoolteacher or a nurse, he could totally picture. He’d even thought the worst, like that traumatic night would turn her to drugs or make her a runaway. A hundred other nightmarish things he’d never wanted to pop into his head had. And he’d taken responsibility for all of them—thoughts that had left him in a cold sweat and guilt that made his stomach feel empty and sick. But a cop? He’d never included that in possible scenarios for Anna.

She looked comfortable in the job, directing the uniforms and whispering with the medical examiner. She knelt next to the body, pointing here and there and actually touching George.

The Anna of twelve years ago would never have done that.

This wasn’t the Anna of twelve years ago.

“5 Stars! The suspense is gripping. The bad boys are delicious. The woman in charge is everything a woman should be. How could I not love this book? ”

“The Heart of a Killer is a complex, clever and captivating novel that will leave you breathless.  This fast-paced thriller keeps you guessing as you follow the clues with the appealing hero and heroine... In true Ms. Burton fashion, The Heart of a Killer weaves a sexy suspense with heart melting romance to create a stunning story.”

“4 Stars — Top Pick! This is a taut thriller that challenges the reader to identify the killer before the reveal. And even then, the plot twist is not so tidy. Hopefully Burton will give us the other foster brother's story soon. It would be icing on this very tasty cake.”