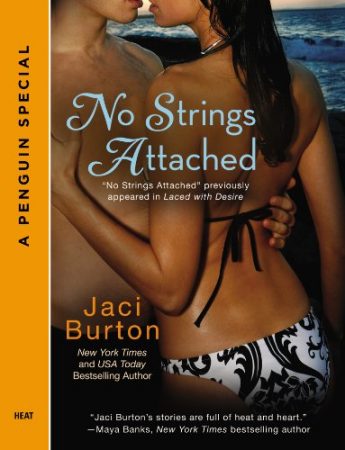 Since Ella Hick’s husband’s died five years ago, she’s thrown herself into her work, resisting every thought of getting involved with someone new. Now she’s finally ready for a man’s touch. And where better to indulge her desire for an anonymous hook-up than at a Hawaiian resort? So she’s stunned when the first man she runs into is her number one business rival, Clay Mansfield.

Clay’s determined to be the man to introduce sex back into Ella’s life. He’s been by her side ever since her husband died, but only in friendship. Now he can finally release the desire he’s held in check all these years.

Ella’s had plenty of fantasies about Clay over the past couple years and now she can indulge. As long as Clay plays by her no-strings rule: when the vacation is over, they’ll go back to being friendly rivals—business only.

But they’re both about to learn that when it comes to business—and pleasure—rules are made to be broken. 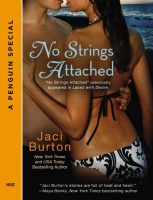 Ella tried not to grimace when Clay’s jaw dropped.

“Then why can’t you get that back home? I mean, honey, I’m sure there’s plenty of guys in Tulsa who’d love to fuck you.”

She laughed. “That’s nice of you to say. But that’s not what I want.”

Clay rubbed the spot above his brow. “I’m confused. You can’t have sex with any man you know in your own hometown. Why not?”

“And you think no one will have sex with you—without strings?”

She shrugged. “I don’t know. I just didn’t want to go there. Not with guys I know.”

“And not with men who knew James.”

“Not every man in that city knows you or knew James.”

“I know that, too. I just wanted to get away.” Away from the familiar, away from memories of the man she’d loved, from the place where the two of them had built their lives together, where every building, every street, didn’t remind her of James.

“So you came to Hawaii, intending to pick up some random guy and fuck him?”

“Yes.” But now that he said it out loud it sounded like a really stupid idea. “I guess I hadn’t really thought that one through.”

She rolled her eyes. “Guys do it all the time.”

“Guys can take care of themselves.”

“Yes, I know you can. I just wish you wouldn’t. Not here. Not by yourself.”

“Not where you can’t keep an eye on me? Come on, Clay. What are you going to do? Stand in the bedroom and watch over the guy I’m having sex with to be sure no harm comes to me?”

He looked horrified. “Uh, no.”

She laid a hand on his arm. “I’m a grown woman. And I’m not stupid. I can handle this.”

He shook his head. “I know you think this is a great idea. But there has to be a better way to jump back on the horse again.”

She laughed, and at the same time heat pooled low in her belly. Talking sex with Clay made her body heat up. They’d never had a conversation this… personal, this intimate before. He wasn’t a “best friend” kind of man. He was a man. All man. Hot, sexy, but their conversations were usually all business. She’d never thought of him in that way other than the occasional admiration for his body, his looks, the way he commanded a room and the men who worked for him. She’d learned a lot watching him, and maybe while watching him she’d had a feminine appreciation for him as a man.

But in her life there’d always been James. And she’d loved James with her whole heart. So no other man had attracted her.

But James had been gone for five years now. And in the last year or so, she might have started noticing Clay as more than a business associate. Still, she’d never once thought …

Yet here she was in Hawaii, talking about sex with him. Not just sex in general, but her sex life. Or rather, her not-quite-but-impending sex life. The whole thing was surreal.

Finally. “Great. What do you suggest?”

Her heart dropped to her stomach. “What?”

“You can have sex with me.”

Her throat had gone dry. Where was that glass of wine now? “Are you kidding me?”

His smile died. “I never joke about sex.”

She’d just bet he didn’t. He probably took it very seriously. She could already imagine…

She clamped her mouth shut. Way to insult a man’s ego, Ella.

But instead he tilted his head back and laughed. “So, you think I’m repulsive.”

“Oh, God. No. I didn’t mean that at all. I think you’re hot, Clay. Any woman would want to have sex with you. I mean, you probably have women falling all over themselves wanting to…”

Again… she clamped her lips shut when she saw the grin on his face. “I think I should just shut up now.”